For several businesses, Combined Heat and Power (CHP) otherwise known as cogeneration provides the opportunity to reduce carbon emissions and the cost of energy bills.

What is Combined Heat & Power?

CHP is different from the traditional way of generating electricity as the heat is usually wasted. Evidence of this is shown throughout coal and gas power stations within the UK. The steam that you see as a cloud rising from the cooling towers is heat escaping. If you ever catch a glimpse of a power station, you’ll now know that your witnessing two thirds of energy being lost to the atmosphere.

The energy generation process for CHP, is fuel neutral meaning that it can be applied to both renewables and fossil fuels. There are specific technologies which are employed, and will achieve varied results once it comes to efficiency. However, CHP gives the opportunity to make more efficient use of primary energy resources such as, coal, heating oil and bioethanol.

How efficient is Combined Heat & Power?

A conventional coal or gas power station makes electricity in a very inefficient way. On the other hand, through using waste heat, CHP plants can outstretch the efficiency achieved by gas power stations by at least 40%. The efficiency ratings for CHP plants are an excess of 80% comparing to gas, which in the UK only range between 49% and 52%. Additionally, coal-fired plants just manage to reach an efficiency of around 38%.

Where can I get Combined Heat & Power?

Locally. CHP plants provide local heat, electricity and a cooling process depending on the user. Due to CHP being produced locally, it has the added advantage of avoiding efficiency loss. This would usually be incurred through the transmission and distribution of electricity via the National Grid and local distribution networks.

What are the benefits of CHP?

The main benefit for CHP is how high the efficiency rate is, standing at 80%. It is proven to reduce business energy bills between 20% and 30%. As well as reducing energy bills, CHP also offers other financial incentives, for example,

You may be eligible for reductions or even a full exemption regarding your Climate Charge Levy. Amongst other financial benefits including, an Enhanced Capital Allowance and preferential treatment once it comes to Renewables Obligations and the EU Emissions Trading Scheme (EU ETS).

Besides the financial benefits of CHP, the environmental benefits are also significant. On top of less energy being wasted, the primary fuel consumption per unit of energy being generated is lower, alongside carbon emissions. The reduction in emissions have been lowered to the equal amount of 1 in 10 cars being off the road.

If you would like more information on Combined Heat and Power,  please get in touch. 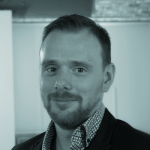